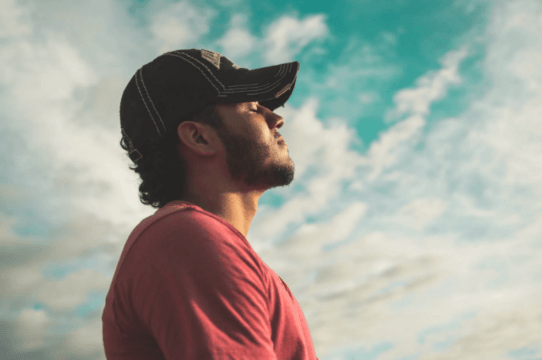 Anxiety has become something of an epidemic in the US as of late. So much so, that it has overtaken depression as the leading number one mental health disorder. In fact, anxiety is so common that many people do not know they suffer from it.

Anxiety can come in many forms and many extremes. It can range from mild day-to-day anxiety such as worrying about a job interview or waiting for exam results, to chronic forms of anxiety such as phobias, panic attacks or generalized anxiety disorder where there is little or nothing to provoke it.

Wherever you are on the anxiety scale, you may feel the benefit from experimenting with some of nature’s healing herbs. The below calming medicinal herbs have been used for thousands of years by various cultures and civilizations to soothe the nervous system and protect the body from stress and anxiety. You may either take them as a supplement, consume them as a tea or use them in aromatherapy.

Please note, we are not advocating the use of these herbs as a replacement for anxiety medication. However, they can be a nice addition to what you are already using. For mild anxiety symptoms these herbs may be all you need, but as always, please check with your health care professional to make sure they do not interfere with any medications you are taking and that they are safe to use.

This Ayurvedic adaptogen has been used to heal various ailments for over 3000 years. And like all adaptogens, it is most beneficial for counteracting the effect of stress in the body.

One of Ashwagandha’s biggest stress-relieving assets is its ability to reduce levels of cortisol, a hormone produced by the adrenal glands in response to stress.  This not only helps to calm anxiety but also helps to regulate sleeping patterns.

Ashwagandha is best taken in capsule or tincture form.

Chamomile is one of the most well-known herbs for calming anxiety. It has been used for millennia to treat various ailments such as inflammation, hay fever, menstrual problems, gut issues, and insomnia.

Often regarded as a mild tranquilizer and sleep inducer, the sedative effects of this calming herb are attributed to the flavonoid, apigenin, which binds to benzodiazepine receptors in the brain. There have been many studies to show how apigenin can help depression and insomnia as well as having a beneficial role in amnesia and Alzheimer’s disease.

So if you are having a jittery moment, brew a nice cup of chamomile tea and enjoy the soothing sensation it brings.

Another well known calming herb that has been used to treat insomnia and anxiety since the second century is valerian. While other herbs can reduce anxiety without making you sleepy, some herbal supplements are definitely in the sedative category – valerian is one of them.

Scientists believe that valerian increases the amount of gamma-aminobutyric acid (GABA) in the brain, similar to drugs like alprazolam (Xanax) and diazepam (Valium), which has a relaxing effect on the brain.

As valerian smells pretty nasty, many people prefer to take it in capsule form rather than in a tea. If you do decide to try valerian, make sure you take in the evening, rather than before you go to work!

Lavender, which is known for its beautiful, relaxing aroma, has been used as a remedy for relieving stress and anxiety for millennia. With its benefits discovered almost 3000 years ago, lavender has become one of the most popular essential oils in the world.

In one German study, a specially formulated lavender pill (not available in the U.S.) was shown to reduce anxiety symptoms in people with Generalized Anxiety Disorder (GAD) and proved to be as effective as lorazepam (also known as Ativan), an anti-anxiety medication similar to Valium.

To use lavender for stress relief, inhale 100% pure lavender essential oil straight from the bottle or apply it topically behind the ears, on the temples, and on the back of the neck.

Lemon balm has been used as far back as the Middle Ages to combat stress and anxiety and improve sleep.

In one study, lemon balm was found to ease the negative mood effects of laboratory-induced psychological stress. The participants who received a 600 mg dose of lemon balm reported that they felt an increased sense of calmness and reduced alertness.

While it’s generally considered safe, some studies have found that taking too much may actually make anxiety worse. So it is recommended that you start with the smallest dose. Lemon balm is available as a tea or in capsule or tincture form.

Apart from dosing up on all your favorite relaxation herbs, another great way to ease that monkey mind and give you a greater feeling of peace and calm is meditation.

There are endless studies to show how meditation can be used as an effective method to relieve stress and anxiety. If you don’t know how to meditate, then there are many guided meditations on Youtube for you to try out. Alternatively, check out our article, “Breathing exercises for stress, tension, and anxiety,” which suggests a few simple and effective meditations and breathing techniques. Go on. Give them a try!

Although you may find meditation difficult to begin with, keep practicing and it will get easier and more effective over time. Don’t give up – you really will feel the difference!

According to the American Psychological Association (APA), nearly 2 in 3 adults (65%) say the current amount of uncertainty in our nation causes them stress. A further 3 in 5 (60%) say the number of issues America faces is currently overwhelming to them. And on...
View article
Most people don’t look into solutions for inflammation until they actually experience an inflammation-related problem. What we should be doing is looking for ways to avoid inflammation in the first place, right? Inflammation (swelling), is part of the body’s defense mechanism and plays an important...
View article
We’re certainly not one for bragging, but we have been receiving such great feedback about our all-natural tooth powder that we couldn’t help but tell you about it. Here at Good-Gums, we are so passionate about our product, not just because it’s nature’s helping hand...
View article
Since the dawn of time, humans have been pretty resourceful in the discovery of tools for self-care. Before modern toothbrushes were invented, humans would use “chewsticks” to clean their teeth, which were essentially twigs from a tree with a sharpened point at the end to...
View article