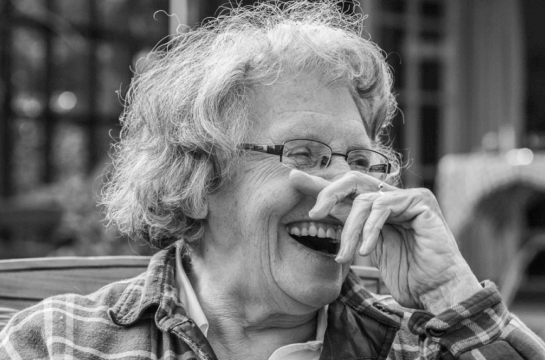 “My dentist told me that my gums were receding. Then I started Good-Gums, and a year later I went back and was told that my gums had grown back up again.  It’s wonderful.”

One of the most common gum issues we experience as we get older is gum recession. And we know, it ain’t pretty. It’s also one of the most common inquiries we get from new customers: “Can this product help with gum recession?” While we want to shout from the rooftops: “Yes! Yes, it can!”, the effectiveness of our herbal formula does, of course, vary from person to person.

“This product is the best thing I have found for my teeth so far!! I have receding gums (not too bad, but I notice), bleeding gums, plaque & tartar (when I was young I developed plaque & tartar no matter what I did). I have been using this product for about a week now & what a difference it makes already. I can see my gums are reversing the receding gums, I’m no longer bleeding, the plaque & the tartar are starting to diminish!”

Why are my gums receding?

It’s extremely daunting when you first notice your gum line moving away from the end of a tooth toward its root. Some of you may be wondering why this is happening.

Gum recession essentially means that the gum cells covering the root of your teeth are slowly dying away, exposing the lower part of your teeth. Usually, gum recession is caused by a chronic infection, which begins with bacteria invading gum cells. But it can also be caused by irritation of the gums through irritation, for example, the use of harsh chemicals, smoking, or aggressive brushing.

As mentioned in our article, ‘Our TOP 5 Tips to Stop Receding Gums‘, it can take as little as 24 hours for plaque to turn into hard calcified tartar or calculus that begins to cement onto the gum line if left untreated.

The gum tissue that constantly touches this acidic build-up of tartar begins to form lesions, through which the bacteria can enter the gums and infect the gum tissue. This then signals the immune system to start actively attacking the invading bacteria, which is trying to kill off your alive gum cells. As the immune cells and invading bacteria fight it out, this causes gums to inflame resulting in what is known as gingivitis – the first stage of gum disease.

If your immune system loses the battle against the invading bacteria, it tries out another tactic in order to save the remaining healthy gum cells: It attempts to isolate the infected cells from the remaining healthy cells, which literally means “amputating” infected gum cells. This is when the infection then moves from gingivitis to periodontal disease. If the process of killing off infected cells continues, it will seriously affect the deeper structural cells that connect the tooth’s root to the jawbone – this is when gum recession starts to take place.

“It is now over a year since I began using Good Gums.  I had some issues with receding gums and wanted to prevent further erosion.  Since I’ve been using Good Gums there is no more recession.  The surprising benefit is how clean my teeth and mouth feel.  When I think back to when I used toothpaste, there would be a clean minty feel for a short while.  With Good Gums my mouth feels clean and fresh all day!*

But don’t let that scare you!
We have an all-natural solution to gum recession.

We’re not biased. Ok, maybe we are, but with good reason. You see, it’s not just us who believe our tooth powder works to heal receding gums; it’s thousands of our customers around the globe! Take a look at what our customers say here.

Good-Gums all-natural tooth and gum powder is specifically formulated to help the gums and stop gum recession in its tracks.

“I want to tell you, I can prove that this stuff really works.”

The ingredients we use are 100% pure and are designed to work with your body’s natural healing processes, whose predisposition is to heal and nurture. Each ingredient has undergone multiple screening procedures to ensure the absolute best quality for you and your gums. We jam-pack as many vitamins and minerals into this nature-friendly bottle as we can so that with every use you can actually feel your gums absorbing the goodness that is present in every particle of this tooth powder.

Particularly for connective tissue cells, what’s most important to their formation is a substantial amount of vitamin C.  Good-Gums provides a healthy amount of vitamin C, plus citrus bioflavonoids that help the body utilize the vitamin C.  Our gentle formula dissolves in the mouth to be absorbed directly by the gums, where it’s needed the most.

Check out different ways to use Good-gums for receding gums here, and scroll to the bottom.

If you have noticed your gums receding, try not to feel disheartened. Most people have suffered from some type of gum problem at one point in their lives. Our all-natural powder is here to lend you a helping hand and bring your gums (and your confidence) back to life!

Find out more about how the product can help here.

“My receding gums have actually almost been corrected.”

Anxiety has become something of an epidemic in the US as of late. So much so, that it has overtaken depression as the leading number one mental health disorder. In fact, anxiety is so common that many people do not know they suffer from it. ...
View article
You’d be hard pushed to find a child that didn’t enjoy a sugary treat. Children would eat candy all day long if they could. In fact, some adults would too! Hands up who had an Easter egg for breakfast during the holidays? Be honest… All...
View article
With the country still in lockdown and most dental practices closed, it’s becoming more important than ever to take good care of your teeth and gums.  We appreciate that most of you have had dental appointments canceled or postponed during this time and are worried...
View article
“My dentist told me that my gums were receding and that I’d probably lose teeth in the near future so I needed to have some extensive dental work done right away. That was almost ten years ago!   Same teeth, same gums, no loss!”   Barbara Jackson,...
View article