Receding gums? We’ll give you a reason to smile again!

Only Good-Gums has the antibacterial power PLUS the essential nutrition to stop gums receding and actively support gum cell renewal.

It’s what your gums are crying out for! Our formula contains everything your gums need to make you smile again. Find out how…

Good-Gums is trusted by thousands of satisfied customers, Good-Gums is produced in an FDA Certified Facility and manufactured in full compliance with FDA cGMP Regulations and the United States Pharmacopeial Convention (USP). Certified as “Safe, effective and of high quality” by Health Canada. 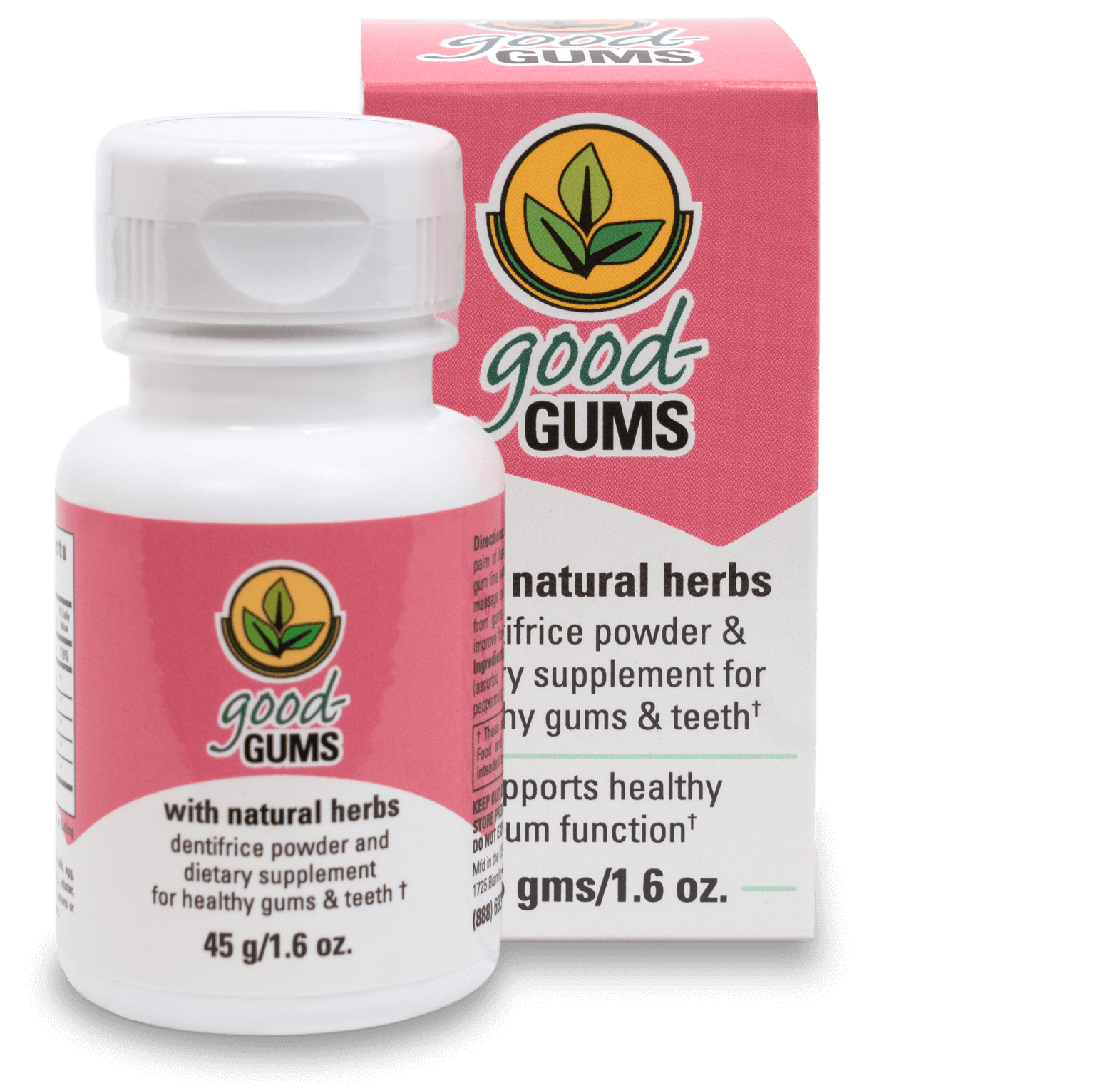 Safe, effective and of high quality.*

The Government of Canada

A fast and effective all-natural solution that can lead to dramatic improvements in your teeth and gum health.*

The Journal of Natural Health Solutions

*Results may vary from person to person

As a toothpaste replacement or as a mouthwash, pleasant tasting, natural Good-Gums can help you to… 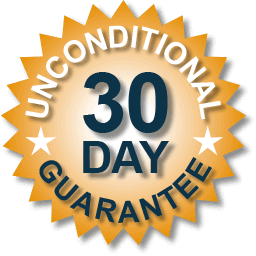 Our refund policy – if you’re not completely satisfied for any reason, just contact us to let us know within 30 days of receiving your purchase, and we will give you a refund of your purchase price.

So you’d have noticed, or perhaps been told by your Dentist or a loved one that more of your teeth are showing, as your gums continue to recede.

Don’t worry. This condition affects all kinds of people. But you can do something about it today! With its unique formula, Good-Gums tooth and gum powder has the power to really help, as it has for thousands of people with receding gums!

Here’s what the experts say about receding gums…

When the gum line (where the gum meets the exposed portion of the teeth) has moved away from the end of a tooth and toward its root, or large gaps appear between teeth, you have gum recession. It involves the death of gum cells that previously covered up the tooth towards its root and covered the tooth-supporting structures.

How can I help my gums fight back?

With Good-Gums tooth and gum powder, that’s how! Powerful, all-natural, soothing Good-Gums works in a completely different way to conventional toothpastes. It is specially formulated to help your body’s defenses address gum tissue loss and to help keep it from recurring. AND uniquely supports natural gum cell restoration with essential nutrients…

And with no artificial chemical additives, it’s bursting with purity.

OTHER PRODUCTS CLAIM TO REGROW GUMS.  WHY SHOULD I USE GOOD-GUMS INSTEAD?

There are a lot of companies that make these claims, but look closely and compare their ingredients to ours.  You’ll see a crucial difference.  Only Good-Gums delivers vitamin C (and a lot of it, directly to the gums), which is the most important nutrient required by your body to grow gum cells.  Other products just don’t have it.  Good-Gums delivers vitamin C in a form that retains its potency (which would degrade quickly to impotence in a liquid, balm or a paste).  And the Good-Gums formula buffers the acidity of vitamin C with alkaline baking soda in such a way that the formula won’t damage your enamel, while still maintaining the viability of the vitamin C.  Good-Gums further enhances your gums’ ability to absorb Good-Gums by our inclusion of citrus bioflavonoids.  (Studies have shown that combining vitamin C with citrus bioflavonoids induces the body to absorb 35% more of the vitamin C, and increases the bioavailability of the vitamin C.)

Its proven effectiveness has led Good-Gums to gain certification from Health Canada (the Canadian equivalent of the FDA) as being effective.  Health Canada also certified it as safe and of high quality.  (In the US, FDA licensing isn’t available for natural products.  Even so, Good-Gums is produced in an FDA Certified Facility and our manufacturing process is compliant with current FDA cGMP regulations.)

Our competitors mainly limit their claims to reducing levels of plaque-causing bacteria (usually due to a few essential oils).  Good-Gums does the same through its herbal antimicrobials, but only Good-Gums also actively feeds the growth of new gum cells with its vitamin C.

When it comes to actually growing back healthy new gum cells, Good-Gums with vitamin C is in a class by itself.  Really, it’s what’s in the product that counts, not stock photos of gums that can be purchased for placement on a website.

Why arE my gums receding?

Most often gums recede because they are not getting the nutrition they need, which causes them to be prone to Gingivitis or the early stages of Periodontal disease. It could also be caused by irritation of the gums by either mechanical or chemical irritants (sometimes found in many popular toothpastes).

Most of the time, gum infection starts off with bacteria invading gum cells. Plaque-forming bacteria collect on the gum line – their favorite place to hide. If left undisturbed, they absorb nutrients from the food in your mouth and also minerals from your saliva. Tartar is then caused by mineral calcification and becomes a site of the bacteria’s acidic waste, which irritates the gums and forms lesions through which bacteria can enter, infecting the inside. The body’s response is inflammation, in an attempt to kill the bacteria.

You might also grind or clench your teeth, which can also trigger receding gums, as well as brushing too much or too harshly (especially with a hard or medium toothbrush).

I brush my teeth, so how come I have this problem?

Like most people, we’ll bet you’ve been using toothpaste for years, right? Yet, it hasn’t prevented you succumbing to gum problems including receding gums.

The truth is, toothpaste does little to improve the health of your gums.

Toothpaste is sold as a cosmetic, so it’s allowed to contain industrial abrasives and cleaners which are intended to grind away the plaque that adheres tightly to your teeth which can irritate sensitive gums.  Most toothpastes also contain artificial chemical additives, some of which are known to be toxic. That can’t be good for mouth tissue like your gums – which so readily absorb.

The majority of toothpastes also contain glycerin, which leaves a filmy coating on teeth and gums preventing your saliva from working the way nature intended in managing the health of your mouth.

Rated 4.5 / 5 in independent customer reviews, Good-Gums has helped thousands of people who have oral health issues like enlarged or infected gum pockets.

My receding gums have actually almost been corrected.*

Here’s why your mouth needs Good-Gums:

…Just some of the reasons why in customer surveys, 92.5% of people who tried Good-Gums rated it as a good, very good or excellent oral care product.

My dentist told me that my gums were receding. Then I started Good-Gums, and a year later I went back and was told that my gums had grown back up again.  It’s wonderful.*

You can use our tooth and gum powder for brushing, flossing and in-between cleaning. Twice daily brushing with Good-Gums and a soft toothbrush will give your teeth and receding gums a fighting chance. No more using scratchy hard or medium toothbrushes or having to brush vigorously!

What happens when I start using Good-Gums?

With regular use, good oral care practices, a good diet (limited sugars and refined starches), and careful observation, you should be able to see changes.  First should be the arrest of further recession.  Slowly over time you may notice the start of reversal. If you use an interdental brush (interpoximal bush), you may notice that room for the brush starts getting smaller, indicating that the gaps between your teeth aren’t as large as before. That means you’re on the right track, and continuing the many ways of using Good-Gums is a good way to go for you.

You can relax and smile again with confidence!

Safe, effective and of high quality.*

The Government of Can

A fast and effective all-natural solution that can lead to dramatic improvements in your teeth and gum health.*

The Journal of Natural Health Solutions

*Results may vary from person to person

As a toothpaste replacement or as a mouthwash, pleasant tasting, natural Good-Gums can help you to…

Our refund policy – if you’re not completely satisfied for any reason, just contact us to let us know within 30 days of receiving your purchase, and we will give you a refund of your purchase price.