A health crisis leads Isabelle to open one of the first health food stores in New York state. Over the years she studies under and collaborates with a number of professionals in the fields of natural medicine and nutrition. 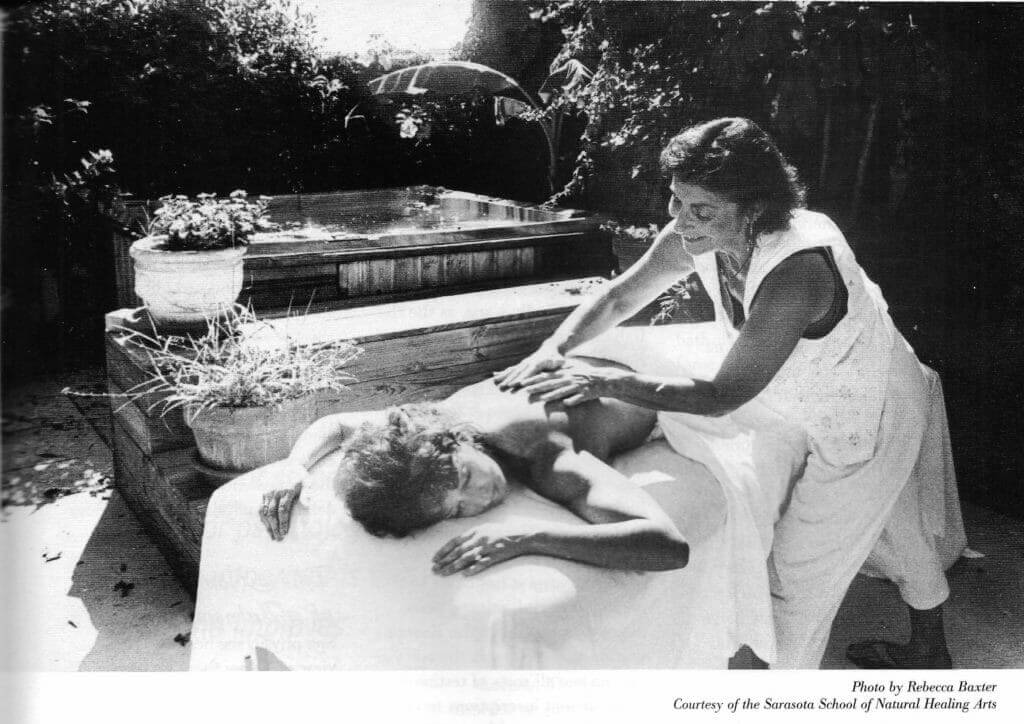 In Florida 1974, Isabelle opens her own healing school, the Sarasota School of Natural Healing Arts. She creates a technique called Conversations With the Body and later adds Oriental medicine to the curriculum.

Isabelle develops severe gum pockets and is told she needs surgery and that she is likely to lose several teeth. With her understanding about the body’s ability to heal itself, she declines surgery and takes matters into her own hands.

The idea comes to Isabelle ‘as light as an angel’s eyelash’, at which point she sets to work mixing up the ingredients she feels would work for her gum problems. The results are astonishing and people begin coming to her asking to try her tooth and gum powder. 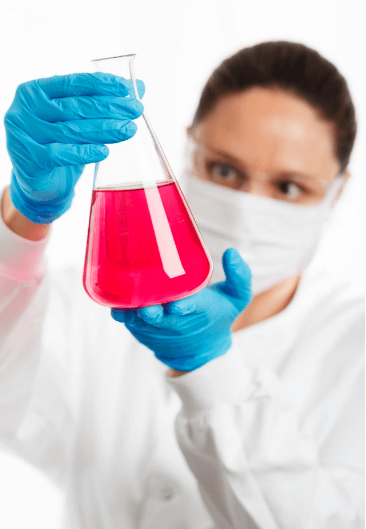 Isabelle receives a call from Dr. Kirby Hotcher, a holistic medical doctor from Miami, who had tested the powder and found it to be ‘amazing stuff’. He asks if he can send all his periodontal patients to her. 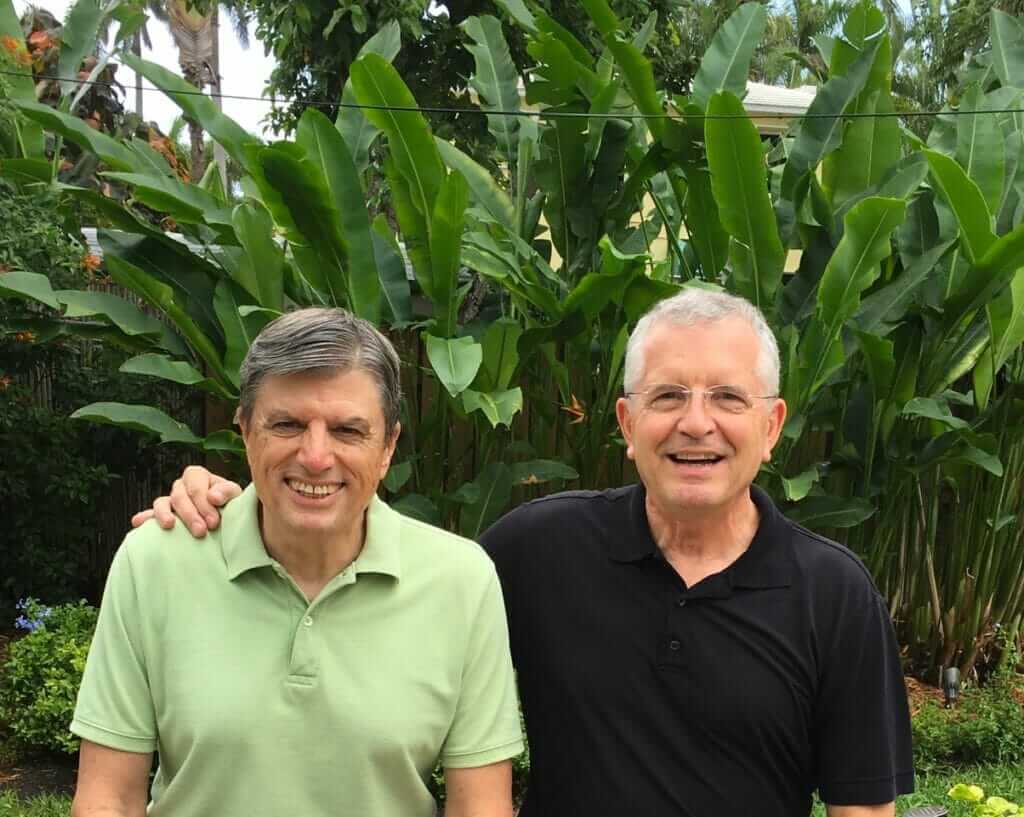 One of those patients is Lynwood Murray (co-founder of Good-Gums) who was told he needed painful and expensive gum surgery. He tries Good-Gums and experiences remarkable improvements and recommends to his co-worker John Chisholm (co-founder of Good-Gums) who also experiences dramatic improvements in his oral health, to the point he is able to discontinue his use of antibiotics.

Taking Good-Gums to the masses

John and Lynwood, surprised at such incredible results, approach Isabelle about bringing her remedy to the public at large. Isabelle agrees to give them the rights to the formula and in return receive royalties.

Details of the formula are adjusted for large scale manufacturing so every customer can receive maximum potency. Test batches are made by the cGMP plant, the purity of the ingredients and of the final product are tested and certified, and all approved by John, Lynwood and Isabelle. 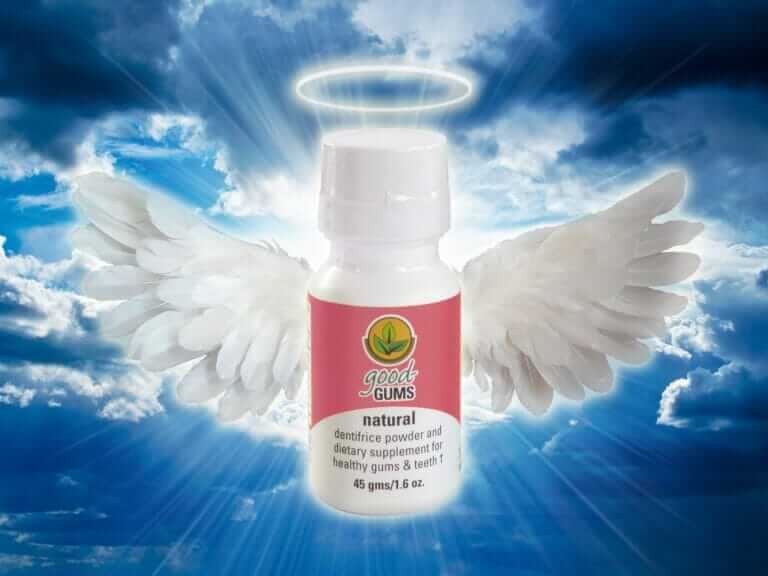 The first bottles come off the production line. 466 bottles are sold in the first year.

64,000+ bottles sold and counting, along with continuous feedback from satisfied customers who have experienced improvements to their gums. Isabelle continues to this day, meeting and talking about gum health and about Good-Gums at the Farmers Market near her home town - Sarasota, Florida.

Isabelle Dunkeson had always dreamed of being a painter, so ‘health’ was never on her radar. Some time in the 60s, Isabelle started to develop severe allergies and was told by her doctor that unless she continued to take her allergy shots she’d be dead. Not wanting to take allergy shots for the rest of her life, Isabelle began to research alternative methods to cure her health problems. This was the beginning of Isabelle’s big awakening; the body has a natural ability to heal itself. And heal itself it did! Using herbal, natural remedies, Isabelle completely cured her allergies. This new found interest in natural healing inspired Isabelle to open her very own health food shop.

Over the years she collaborated with a number of luminaries in the fields of natural medicine and nutrition, such as Euell Gibbons, Adelle Davis, Paul Bragg, Dr Raymond Christopher (a leading herbalist and naturopathic physician) and Bernard Jensen. Her acquired knowledge inspired her to set up a natural healing school called The Sarasota School for Natural Healing Arts where she offered a 525-hour massage therapy program.

In 1984, another health crisis forced Isabelle to again move in a different direction. She had developed several deep gum pockets that were causing her a great deal of pain. There she was again at the precipice; told that her teeth would fall out and that she would have to endure painful and expensive gum surgery. She declined the surgery and after a while came up with a powdered formula of only natural ingredients for her own use.

But by that time, Isabelle had accumulated enough knowledge of herbs, plants and other such natural healing methods, that she intuitively knew what ingredients to put together in order to form a powder that could heal her gums. She started using it, and stopped using toothpaste to isolate the effects of her new powder. What she experienced was nothing short of remarkable.  Her pockets got smaller; her gums tighter; a return visit to the periodontist confirmed that she didn’t need the surgery after all, and she didn’t lose any teeth.  As people heard of her improvement, they started asking for some so she started giving away the powder for years. People were having amazing results so news began to spread quickly about this tooth powder that could help heal gum problems.

Knowledge of Isabelle’s tooth powder expanded beyond Isabelle’s home city, and one day she got a call from Dr Kirby Hotcher from Miami (230 miles away) saying that he had tested the tooth powder and that he wanted to refer all his periodontal patients to her.  Not long afterward she was called by one of his patients, Lynwood Murray.  Lynwood’s periodontist had just told him that he needed surgery, so on hearing the healing effects of this powder, he asked Isabelle to send him some, which she did. Lynwood experienced a remarkable improvement, and started telling his friends, including John Chisolm, a co-worker at the same employer.

John had such bad periodontal problems that his dentist had put him on a regimen of daily antibiotics (Periostat ®), in an attempt to slow down the periodontal infection.  After seeing Lynwood’s brilliant results with the powder, he too requested some from Isabelle and also experienced a dramatic improvement, to the point where he was soon able to come off antibiotics.  After many months of both Lynwood and John using the powder and seeing such significant improvements to their gum health, they decided to approach Isabelle about bringing her remedy to the public at large.  Isabelle entered into an agreement with John and Lynwood, where she would give them the rights to the formula and would empower them to bring it to the public as a product, and in return she would receive royalties.

John and Lynwood formed a company and set about finding the best way to have the powder manufactured that would ensure the highest level of quality.  They quickly discovered that the gold standard for quality in the production of pharmaceuticals and nutraceuticals (e.g., dietary supplements) is known as Current Good Manufacturing Practices (cGMP), a formally codified set of procedures, and manufacturing principles that are designed to ensure safety, consistency and quality of the products produced there.  John and Lynwood decided to consider only cGMP-certified manufacturers as candidates to make Isabelle’s formula. They travelled the state to personally inspect a number of manufacturing facilities and settled on one with an impeccable facility, a rigorous quality-assurance program, sources for high-quality ingredients and a great reputation. This was the birth of Good-Gums!

As Isabelle’s original formula had been made in small batches by hand in her kitchen, in order to allow large scale manufacturing at cGMP quality, the details of the formula needed to be adjusted to so that every single bottle of Good-Gums would reach the customer at maximum potency.  Every particle of each ingredient needs to be optimized for rapid dissolving in saliva; the sea salt is pulverized to be as fine as flour, to eliminate any scratching from larger crystals. Every ingredient is then stored in a temperature and humidity controlled environment, to retain potency.  Packaging materials were studied, and the bottle was specified to be made from most stable, least reactive, and highly-scrutinized food-grade plastic (HDPE).  The outer packaging was specified to be made from 100% recycled paper. All test batches made by the cGMP plant were then tested and certified by the Good-gums team; John, Lynwood and Isabelle.

Since the first year Good-Gums was brought to the public in 2009, sales of have gone from only 466 to a whopping 64,000 + sold by 2018, with numbers growing day by day. Isabelle’s creation continues to gather a devoted following, and each week at the Sarasota Farmers Market, more of them come to tell her of their improvement after using Good-Gums, which brings her an immense amount of joy. Isabelle says, ‘It’s the best thing I’ve ever done, I’ve found my tribe’.

By continuing to browse this site, you agree to our use of cookies.