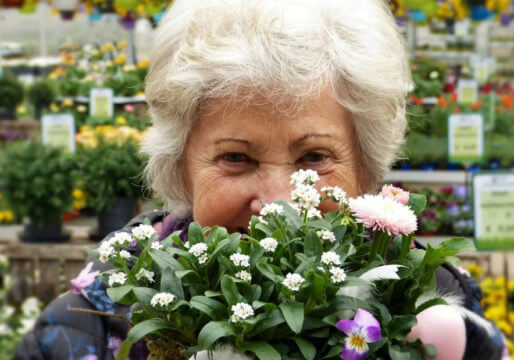 Sore and swollen gums can come out of nowhere. And when a flare-up happens, it can be a nagging nuisance, to say the least.

But you know what? Sore gums are actually a sign your body is working to heal itself. It means that your immune cells are fighting off invading bacteria in an attempt to stop the infection from spreading.

Sore gums can indicate the first stage of gum disease

Sore or swollen gums are an indication of a bacterial infection in the gums.

It can be quite easy to ignore sore gums if it’s not too severe, but it’s important to seek treatment right away as this could be the first sign of gum disease.

A possible cause for your sore and swollen gums include brushing too hard, improper flossing techniques, infection, or gum disease. Other causes include vitamin K deficiency or hormonal changes during pregnancy or menopause.

But it is most likely that your sore gums are an indicator of one of the two stages of gum disease:

Gingivitis – inflammation of the gums and the early stage of gum disease. Gingivitis is commonly caused by a buildup of plaque or bacteria accumulating on the gumline. If left untreated, gingivitis can progress to periodontitis – a much more serious form of gum disease.

Periodontitis – complete destruction of cells of the gum tissue, which includes cells that connect your teeth to your gums. If allowed to progress, this could lead to loss of teeth.

Other causes for sore and swollen gums include tobacco use, bad diet, stress, and improper oral hygiene.

80% of Americans have some form of gum disease, making it that much more important to pay special attention to your gums. As we said before, because sore and swollen gums are so common, many people don’t consider how to prevent or treat them.

Since many causes of sores gums are tied to oral hygiene, the tips below are the best place to start:

Gum specific oral care. Good-Gums all-natural tooth and gum powder is designed to help your gums heal themselves naturally. After using Good-Gums for just a couple weeks or less, you will notice a quick improvement with significantly less soreness and swelling.

Good-Gums takes advantage of two facts about your gums:

A cell in your body usually lives for weeks, months or even years before being replaced, while a new gum cell is replaced after only 5 to 7 days.

If gum cells are given what they need (a ton of nutrients and vitamins), healthier gum cells can start taking the place of less-healthy cells quickly.  Especially for connective tissue cells, what they need during their formation is a large amount of vitamin C (especially via a formula that effectively buffers its acidity).

Good-Gums provides a huge amount of vitamin C, plus citrus bioflavonoids that help the body utilize the vitamin C.  In fact, Good-Gums has so much vitamin C, it’s the same as eating a whole orange with every use!

The best thing about our Good-Gums formula is that it dissolves right in your mouth to be absorbed directly by the gums, to give help where it’s needed the most.

Let your own experience remind you that you have something to fall back on if ever your gums become sore or swollen in the future.

Click here to try our herbal formula and get your gums back in tip-top shape.

Are you experiencing a ‘fuzzy,’ rough sensation on the surface of your teeth and around the gum line? It can be rather irritating, can’t it? Most of us will experience plaque or tartar at some point in our lives, usually when we get a bit…...
View article
According to the American Psychological Association (APA), nearly 2 in 3 adults (65%) say the current amount of uncertainty in our nation causes them stress. A further 3 in 5 (60%) say the number of issues America faces is currently overwhelming to them. And on...
View article
Most people don’t look into solutions for inflammation until they actually experience an inflammation-related problem. What we should be doing is looking for ways to avoid inflammation in the first place, right? Inflammation (swelling), is part of the body’s defense mechanism and plays an important...
View article
We’re certainly not one for bragging, but we have been receiving such great feedback about our all-natural tooth powder that we couldn’t help but tell you about it. Here at Good-Gums, we are so passionate about our product, not just because it’s nature’s helping hand...
View article